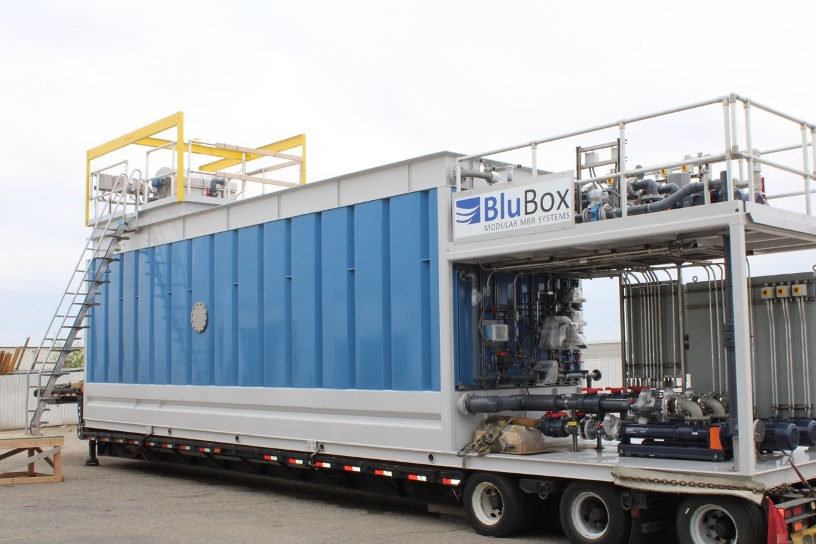 Homebuilders and residential developers are struggling to develop properties because of lack of sewer.  Municipal plants are too far away, or they do not have any capacity to treat additional waste.  In addition, fragile aquifers are protected with strict regulatory water quality standards. Attempting to find cost-effective solutions that meet these requirements often slow down development or make it impossible to move forward at all.  A Texas Hill County residential developer was facing regulatory and development pressures with no solution in sight – the development site was miles away from any municipal treatment plants and the plants did not have adequate capacity.

A decentralized, membrane bioreactor (MBR) treatment plant that treats sewage to near drinking water quality was the only feasible option available due to the strict regulatory requirements since a traditional aerobic treatment system would not produce the high-quality effluent water required.  MBR technologies enable developers to treat wastewater streams to meet even the strictest of permit regulations and allow for re-use of treated effluent.

BluBox, MMBR Systems, and Integrated Water Services (IWS) partnered to introduce and install next-generation modular MBR systems, known as BluBox, capable of producing high-quality effluent and meeting tight re-use requirements. These pre-built, pre-tested MBR wastewater treatment systems are designed to be delivered and operational within days or weeks, instead of months or years. The rapid installation of the interim BluBox modular MBR system allowed the developer to quickly serve the initial phase of development and then phase-in additional permanent treatment capacity as needed with further roof tops coming online in future phases.

The project site is a 700-acre master planned community just outside Austin, TX with the initial phase of construction that included 300 homes plus a common community center.  The developer initially planned to implement a less robust treatment plant than the BluBox MBR but could not obtain the required regulatory approvals.  However, the developer proceeded with building homes, thinking that the treatment plant would be approved.

To dispose of the sewage, he pumped and hauled from a lift station while the first homes were constructed and occupied.  After approximately one year of pumping and hauling, the developer realized that the initial planned solution was not going to work and he needed a new solution – quick!  IWS, with the support from MMBR Systems and Blubox delivered and implemented an interim MBR treatment system within six weeks.

Once the interim treatment system was up and running, the team began execution of the permanent treatment plant project which included expansion to 150,000 gallons per day to accommodate the build out of up to 1,000 homes. The permanent facility is comprised of two MBR train systems (BluBox) sharing a Pre-Air Modular Tank, two permanent bolted steel EQ tanks (41,000 gallon each), concrete pad, and controls and other ancillary equipment.

The BluBox MBR modular system can process up to 70,000 gallons per day of residential strength wastewater per treatment train and meet discharge requirements that allows the owner to reuse the wastewater to irrigate the common areas of the property – further saving environmental resources.

Once the interim system was operational, IWS began execution of a contract for Phase II of the project which included the expansion to a 150,000 gallon per day permanent wastewater treatment facility to accommodate the build out of up to 1,000 homes. The permanent facility will be comprised of two MBR train systems (BluBox) sharing a Pre-Air Modular Tank, two permanent bolted steel EQ tanks (41,000 gallon each), concrete pad, and controls and other ancillary equipment. 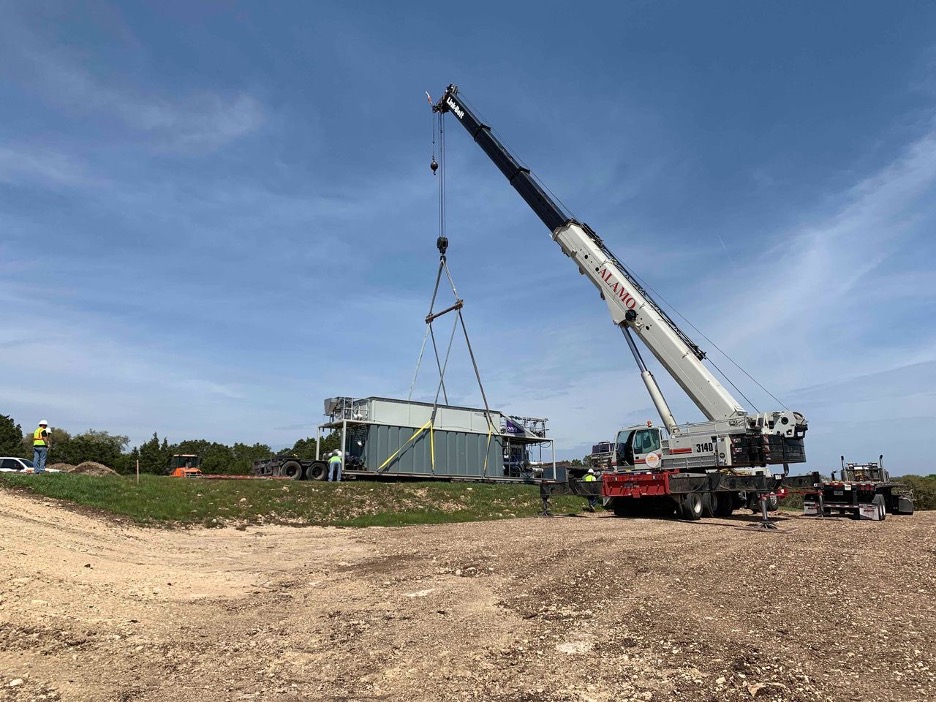 “The Team and I were in a constant state of problem solving as this site had originally been designed and configured for a different plant.” said Todd Brunetti, Senior Project Manager. “We had an urgent need from the Client to implement a treatment plant as soon as possible so they could cease pumping and hauling.  I can’t emphasize the importance of the support and design freedom I received from both management and my crews. “

MMBR aided in plant operations throughout the phased construction of the neighborhood including assisting in plant startup, membrane inspections, testing, support of all systems, engineering reports, permit compliance, chemical dosing, and plant expansion.

“We were able to solve the community’s immediate need in 43 calendar days with the temporary facility which is no small task. Furthermore, we brought the permanent 150k GPD plant on-line just 11 months later,” said Todd.

The residential community was growing very quickly, from roughly 88 homes to 300.  In that same time span, IWS was able to maintain wastewater operations without interruption during construction of the permanent plant expansion.  The project team including IWS, BluBox and MMBR is currently in the process of implementing Phase 3 of the facility that will take the capacity to 300,000 gallons per day and treat waste from up to 2,000 homes.

The entire IWS, MMBR and BluBox teams came together with the development client to make this incredible task come together under very demanding time constraints with many challenging circumstances. The remarkable response and support was outstanding from the quality of the MBR product to the much-appreciated permit assistance. Best of all, the project met the required deadline for wastewater treatment.